Impulse is a community newsletter produced by the Northern California Society for Psychoanalytic Psychology (NCSPP) and distributed electronically at no cost to subscribers. We envision Impulse as an integrative source for local news, events, and thinking of interest to the psychoanalytically inclined. Our goal is to be your guide as you explore the Bay Area's rich array of analytic resources.

We invite you to become a member of NCSPP, if you are not already. And, we welcome you as a subscriber to Impulse. Join us as we highlight the exceptional diversity of psychoanalytic thought and practice in Northern California.

We invite our members and associate members to consider submitting your own nomination for any of the electable Board Officer positions and/or nominate another person. If you would like to nominate someone else, please confirm with them that they are willing to run prior to sending in a nomination. When submitting your nomination, please provide the nominee's name, phone number, and email address. To submit your nomination, and if you would like more information on these positions, please contact us.

We are seeking nominations for the following Board Officer positions:

In this program, each analyst will present a case vignette. As part of their presentations, Dr. Grossmark will describe how he “companions” his patients through a flow of enactments to work through their painful psychotic states. Dr. Lombardi will describe his way of working through primitive emotions by fostering body-mind integration in difficult patients.

SFCP invites postgraduate, pre-licensed clinicians, as well as licensed clinicians in the early-to-mid-stages of their career to join our San Francisco Yearlong Continuous Case Conference led by five SFCP psychoanalysts. The case conference is designed to be a gathering place where clinicians come together and form a work group to present, listen to, and reflect on clinical material from active cases shared by the group members. This is an opportunity for participants to experience how theory and practice come alive in the consulting room and to benefit from the extensive collective experience of the group leaders.

A REVIEW OF BO BURNHAM: INSIDE

It’s quite a time to be a therapist. Alarming statistics about mental illness have exploded a pre-existing collective conversation. Characterizing increased mental illness as a silver lining feels like a bit of a stretch, but if the COVID crisis makes a lasting impact on how seriously we take mental health, I’ll count it as a win. Long-standing silence is being broken: people suffering from mental illness are speaking in vulnerable, eloquent, comedic, and impactful ways. Bo Burnham, in a Netflix special titled Inside provides an excellent example. Despite the theatricality and singing (I notoriously detest musicals), I was impressed and moved by Burnham’s performance.

Burnham’s raw portrayal of depression and suicidality—painful to watch at times—escalates over the course of a year of confinement in his home. At first he tries to maintain diligently working and working out, but quickly loses the ability to make the best of it. After clarifying that he’s not going to kill himself, he says, “if I could kill myself for, like, a year, I’d do it today.”

A Dangerous Method. Psychoanalyst Jamieson Webster writes on Louise Bourgeois’ art, psychoanalysis, and the process of doing, making, and transformation.

Apocalyptic films have lulled us into a false sense of security about climate change. This article asks, with a sense of hopefulness and an eye towards film, what will we do with this current “unveiling” of the human/industrial impacts on the climate?﻿

America’s Economic Myth [podcast.] On this episode of Mind of State, a psychoanalyst and researcher team up to speak with Betty Sue Flowers on the different societal myths that we unconsciously take as fact, and that we collectively play out materially and structurally. 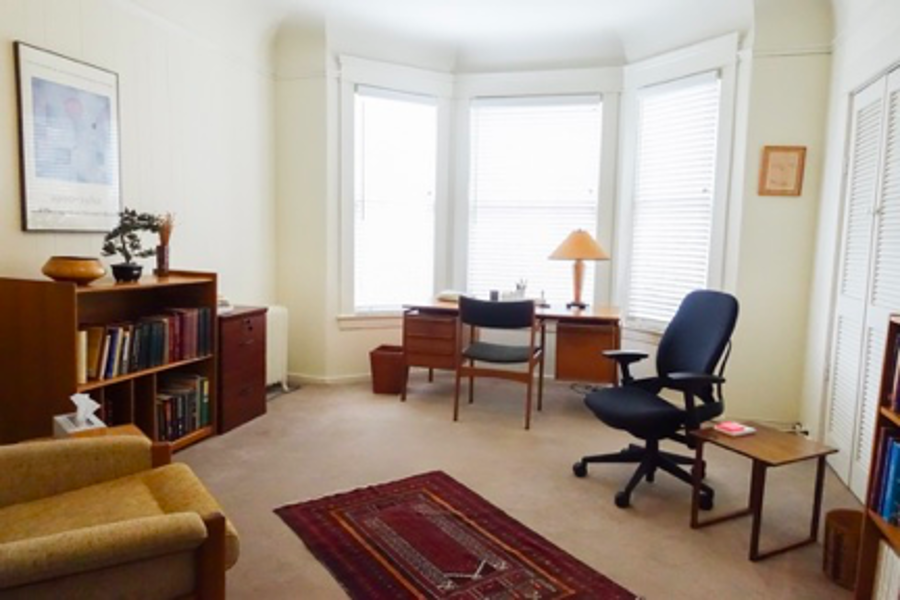 Our more than 450 members form a community that spans the greater Bay Area and Northern California. NCSPP is a local affiliate of Division 39 (psychoanalysis) of the American Psychological Association. Our vast array of lectures, intensive study groups, scientific meetings, courses, our journal fort da, and numerous special events and projects are all brought to you by scores of volunteers who work to support NCSPP’s mission. Our educational programs include continuing education credit for psychologists, marriage and family therapists, and licensed clinical social workers. We welcome you into the psychoanalytic community in Northern California. Join us.

Each month, Impulse reaches over 3,000 psychoanalytically interested professionals and students in Northern California.

Article references are available upon request.

IMPULSE is published electronically once a month by the Northern California Society for Psychoanalytic Psychology. Comments are welcome and should be sent to impulse@ncspp.com.

You are receiving this monthly newsletter from the Northern California Society for Psychoanalytic Psychology (NCSPP) because of your interest in psychoanalysis. Any mental health professional or student interested in psychoanalytic thought may subscribe free to IMPULSE, regardless of organizational affiliation. To ensure that IMPULSE isn't misidentified as junk mail, we recommend adding impulse@ncspp.org to your email program's address book. If you haven't done so already, click to confirm your interest in subscribing. To unsubscribe, click the SafeUnsubscribe link at the bottom of this message.

Event listings in APPOINTMENT BOOK are available for your psychoanalytically oriented educational or professional event. To submit your event for consideration, please use our online submission form.

EVENT SPOTLIGHT lets you promote your upcoming analytic event in more depth and detail than is possible in APPOINTMENT BOOK. The cost is $150 per month for up to 150 words describing your event. A maximum of one EVENT SPOTLIGHT will run each month. To reserve a specific month, use the online contact form.

Contributions to PIECE OF MIND, gives greater visibility for your organization, school, agency, or group. Use this feature for a stand-alone discussion of your organization's mission and goals, or highlight your organization's work through an upcoming event. To reserve a specific month, use the online contact form. The cost is $1 per word. Minimum 150 words, maximum 300.

You can list your psychoanalytically oriented jobs, internships, for sale items, announcements, etc. in CLASSIFIEDS. Email your ad copy as a text-only email using the online contact form with the subject "Classifieds." The cost is $1 per word; $5 per picture.

DEADLINES: To be considered for publication, submissions must be received by the 10th of the month prior to publication. (For example, September 10 for the October issue.) NCSPP and IMPULSE staff reserve the right to decline any submission at our sole discretion.

IMPULSE's complete policies can be found on the Impulse Submission Guidelines and Policy page.